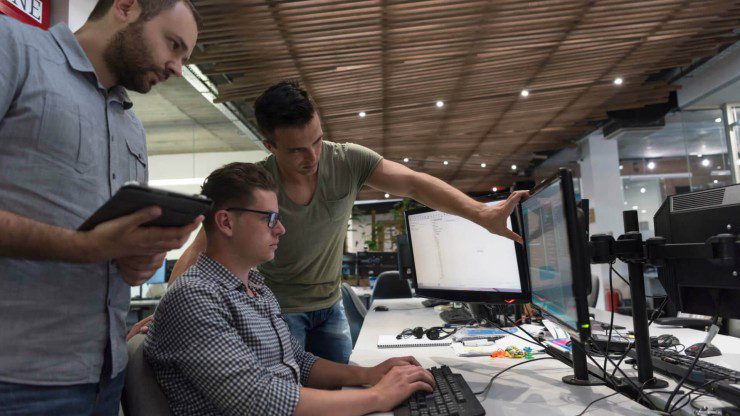 In order to meet the great demand and correspond to the quality in the development, the process may become a real challenge. That is why we know how important it is to use the different types of software tests during the stages.

Either to test the usability or to verify the functionality of the program, some companies believe that the process is not necessary for the development of their program.

The problem can be even bigger with the great software demand. Due to the need for delivering the projects on time, the company may run the risk of sending an unstable product. Even simpler mistakes may go unnoticed, such as the entrance of a future date at the birth year.

To avoid the dissatisfaction of customers and reduce the costs with code maintenance, you should consider using the process. When you finish reading the article, you will know which are the recommended test types for the development of a software; but before that, have a better understanding of their importance!

What is a software test?

The test is basically part of a process in the development of the program, and it can be done by the developers themselves or, in some cases, by specialized professionals in the area. The procedure has as its objective to anticipate and correct failures and bugs that would appear to the final user.

Despite the fact that the stage seems simple, its use is essential to avoid the phenomenon known as “to iron out last-minute problems”, while the customer would have to deal with instabilities or difficulties when accessing a defective layout. To avoid unpleasant surprises, you must resort to different types of tests to certify that the system is working according to the what has been planned.

Which are the types of software tests existent?

In order to identify and organize the mistakes, the tests are separated into different types.

Due to the fact that the professional has access to the source code, he/she can observe determined stages of the code more attentively. In this process, the user analyses the ways through which data flow goes and it is possible to verify if there is a proper transmission in all the expected conditions.

Being the opposite of the previous item, in this procedure, the person does not have access to the source code or its structure. Since it is based on functional requirements, it is also called functional testing.

When we test a code, we must be attentive to the way the users access the application. For this reason, testing all the possible combinations at the area of data entrance in primordial.

For the test to be carried out successfully, the result must be in accordance with what is expected by the user. For instance, imagine that the customer has to use his/her identification number (RG) and date of birth to access the health insurance portal.

As the program expects both the fields to be fulfilled, in case the user is able to access his/her account by using only one of the fields, it means there is a failure in the consistency of input data.

The testing might be used to test cases as:

During the development of the program, it is common to find the following situations: either the inclusion of a new functionality by the customer or finding a failure in the logic of the source code.

The developer will have to make the alteration in the programming, in spite of the scenery. The problem is that, in some cases, a simple change can compromise the entire logic that has been written, invalidating any basic tests done at the production process.

To avoid unforeseen problems, it is recommended that you do the regression testing, even if the modification is small.

Looking from the consumer’s perspective, the test has the objective of verifying the user’s experience. In this way, the responsible person must check out the organization of the available items on the screen, observe whether the layout is correct or not and whether the buttons communicate properly among the different pages of the system.

The verification also covers the performance of the program while executing a determined action. After all, it is not rare to come across an app that takes ages to load, right? That way, it is possible to imagine that the process has got into a loop or has executed any unexpected function.

The process also allows the verification of the platform behavior in different devices. In case you are using different navigators or devices of different sizes, we will know to what extent the layout is responsive or not.

That being said, we have seen that the execution of the test can become exhausting at some points, and for this reason, you should consider automation.

What are the benefits of automating the tests?

Since it is a repetitive process that demands attention, it is recommended for the company to look for automation in order to deliver a better quality work. Check out some other benefits below.

Commonly, the tests have to be executed several times. When counting on one employee to carry out the same procedure exhaustively, he/she can get distracted at any moment and influence the result in a negative way.

To have a faster feedback

When the company needs a fast answer, either for progress on the project or for doing new testing, automation allows a continuous delivery, being very efficient. This benefit is generated mainly when there is a strict planning to be followed.

To improve the performance of regression testing

In some programs, this type of testing might be frequent, mainly when it is necessary to find a bug hidden in the development. The problem is that, even by correcting the failure that was found, between one operation and the other, the system might have a performance drop.

In this case, automation makes the process more practical so that the developers may analyze, calmly, what modification has generated the new problem.

The execution demands the repetitive entrance of data all the times it is executed. Besides avoiding the incorrect entrance of data, the developer will not have to worry about setting the same basis, since the process is done in an automatic way.

Because it is a hard-working stage, some companies believe that the testing is not necessary in its development.

The problem is that by releasing an anticipated application, that can generate from simple failures, such as instability on its use, to more serious ones, such as the disappearing of data or the exposure of personal information. When the problem is related to security, chances are that it may bring big financial loss with the code maintenance.

Having that in mind, the personnel from MonitoraTec, through outsourcing, count on trained professionals that are able to do all types of software testing – both the manual and the automated ones, using the best techniques at the market. Do you want to know more? Get in contact with us!